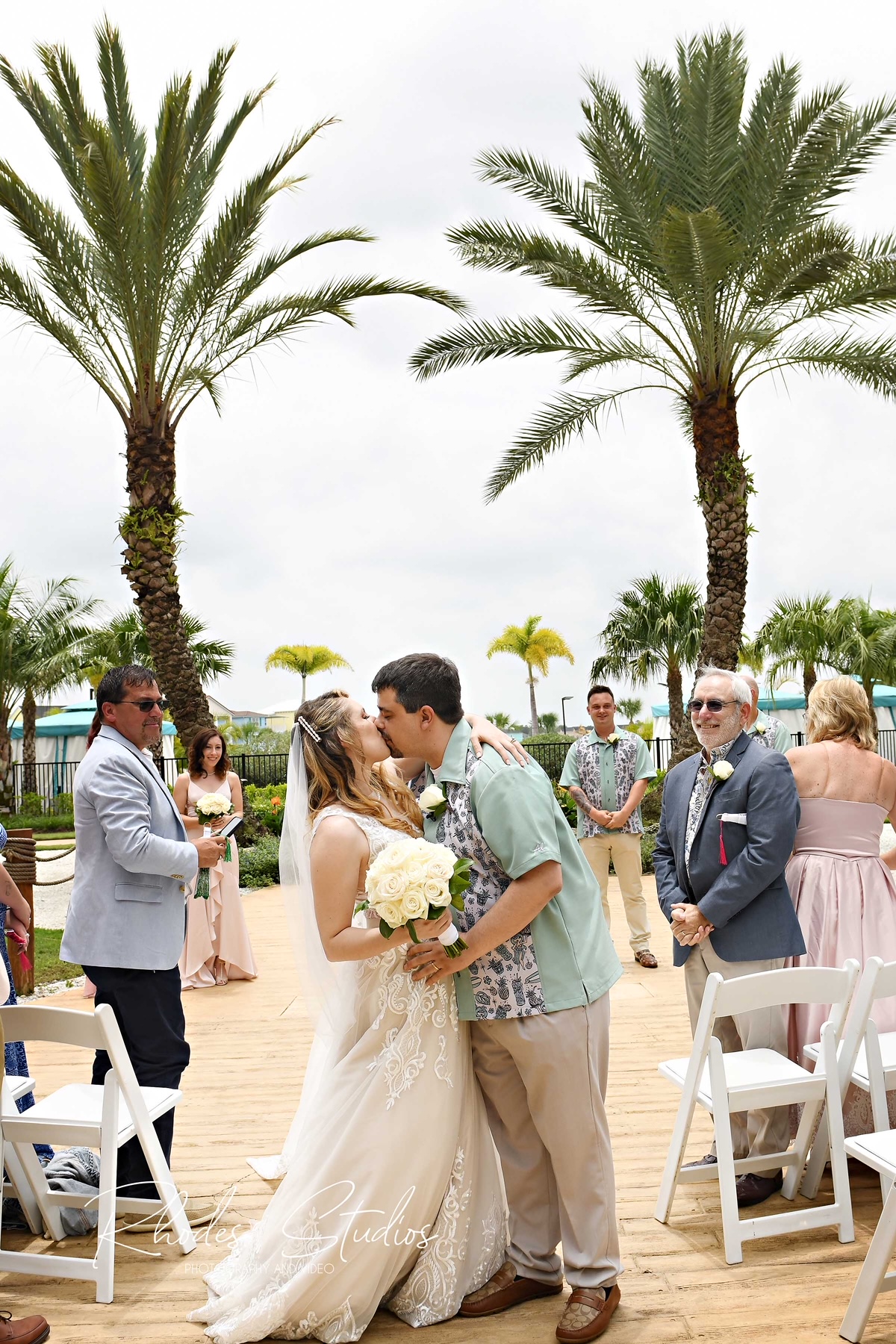 Anna and Alexander traveled from New Hampshire to get married at the very tropical Margaritaville Resort in Orlando, Florida.  The couple booked their intimate wedding package with Intimate Weddings of Orlando and Victoria took it from there.

With a great team of vendors included in the package Anna and Alexander just had to pick out a few things they wanted and Victoria, with Intimate Weddings of Orlando would get it all taken care of.

Lon Tosi, Vice President of Sensational Ceremonies and an Orlando wedding officiant worked with Anna and Alexander to craft a beautiful ceremony that was rich in their love and filled with all sorts of personalized touches that made their ceremony special and unique.

Edmund with Rhodes Studios Photo and Video made sure that every moment of Anna and Alexander’s wedding ceremony was captured for years to come.  With his photography and videography teams working in tandem, they were able to get every special moment on film for the couple.

Flowers by Lesley worked her magic once again and made Anna and Alexander’s day beautiful with the luscious bouquets and boutonnieres.  Filled with all sorts of greenery and large white roses, the vibe was clean and rich.

Married by Mail worked with Anna and Alexander to acquire their Florida MArriage License for them long before they ever arrived in Florida.

Congratulations Anna and Alexander.  We wish you happiness for a lifetime!