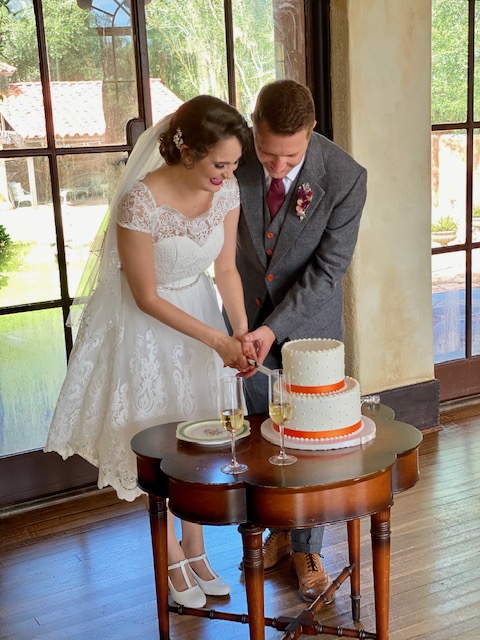 Tiffany and Daniel met while working at the Walt Disney World Resort and the magical was instantaneous.  After dating for a while the couple decided to get married at the mansion and in perfect suiting to their personalities they chose an intimate ceremony surrounded by the immediate family and a few friends.

The Howey Mansion, built in 1925, was the perfect location for Daniel and Tiffany’s intimate wedding.  Restored from neglect over the past few decades, the Howey Mansion is an iconic piece of the old-world charm that is found in Central Florida.  Just minutes away from their beloved Walt Disney World and Orlando, the Howey Mansion is like stepping back in time.

Jess, with Blush by Brandee Gaar, was the planner for this intimate affair at the mansion.  The wedding package they liked included some of the best wedding vendors in Central Florida, but really helped them stay on budget.  Jess made sure the decorations were set, music was played, and their champagne toast was ready as soon as they walked down the aisle.

Flowers by Lesley did a great job of bringing in the Fall colors for this wedding into the mansion.  Even though Tiffany had a bouquet of  paper roses, Lesley made sure to complement those with the groom’s boutonniere.  Adorning the aisle were pumpkins with accenting greenery of purple, green, and rasberry.

Rev. Glynn Ferguson, and Orlando officiant and owner of Sensational Ceremonies made sure to have a custom ceremony for the two of them.  It was simple, beautiful, and filled with both solemn and humorous moments. As they were pronounced husband and wife in the mansion the smiles on their faces said it all–LOVE!!!
Congratulations Daniel and Tiffany.  We wish you happiness for a lifetime.