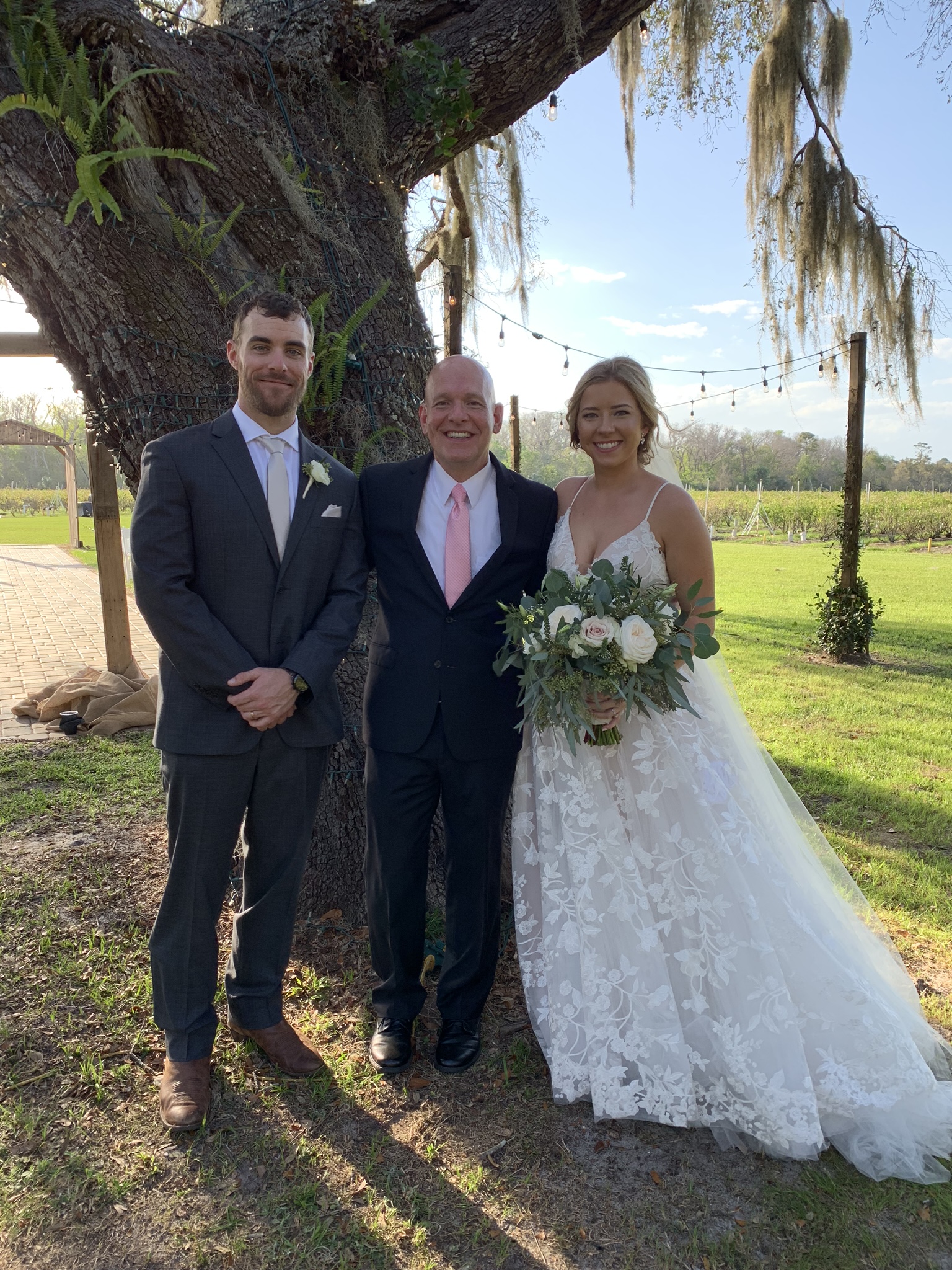 It was a great thrill to spend a spectacular February afternoon with Jaime and Tanner as they exchanged wedding vows at Ever After Farms in Mims, Florida.  Jaime and Tanner were friends in high school, but life took them separate ways. Several years later, with the help of family friends, the two were reunited.  It’s always more fun as an officiant when you are connected with the families–the Thompson family has known Jaime’s family for years going back to Ocoee High School days and also some years working with the bride’s father at Walt Disney World.

The couple has a superstar team of vendors for their wedding.  Jennifer Lopez and Rebecca Lang of Bella Sposa Events kept things running smoothly at both the rehearsal and the ceremony.  4Rivers Smokehouse brought the smoke to the catering for the evening in this rustic barn setting.  Kartsie Photography took a beautiful array of photos. All in White Films shot the wonderful video and Country Club Flowers added a touch of beauty to the ceremony.  Steve from Power Entertainment DJ Service did an awesome job with music for both the ceremony and for the reception. Jeff Thompson with Sensational Ceremonies had the pleasure of working with the bride and groom in order to craft a perfect ceremony for the two of them.
Congratulations to the happy couple!