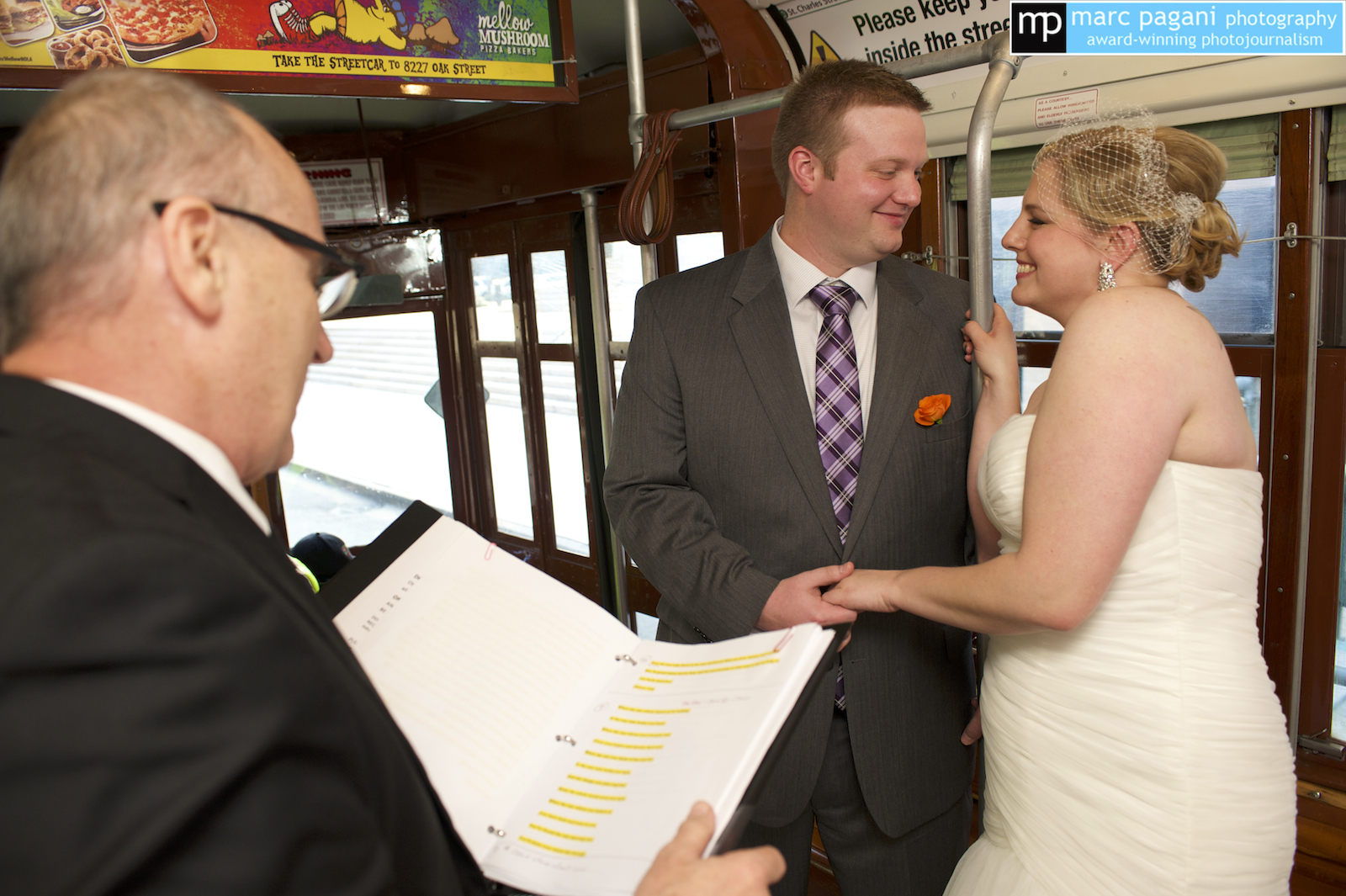 The wedding ceremony of Amy and Scott is one to write down in history!  On February 8, 2014 their ceremony began on historic Canal Street made a turn on St. Charles Avenue, continued past Robert E Lee Circle and then back to The Hotel Indigo at the corner of St. Charles and Jackson Avenue.  “How?” do you ask… Well, this ceremony was performed on a Street Car in the city of New Orleans.  This isn’t any old street car – it was actually published on a stamp in 1983.  When asked, Reverend Steve Trahan of Sensational Ceremonies explained, “Yes, a street car wedding!  I preformed the

ceremony while riding up and down St. Charles Avenue.”  As the ceremony traveled throughout New Orleans people

waved and cheered from all directions.  Surrounding street cars witnessed most of the ceremony, and people who were walking along the streets were able to catch glimpses as well cheering and clapping as Amy and Scott celebrated their love.  Ryan Hodgson-Rigsbee of Marc Pagani Photography captured these amazing images of this unique wedding.