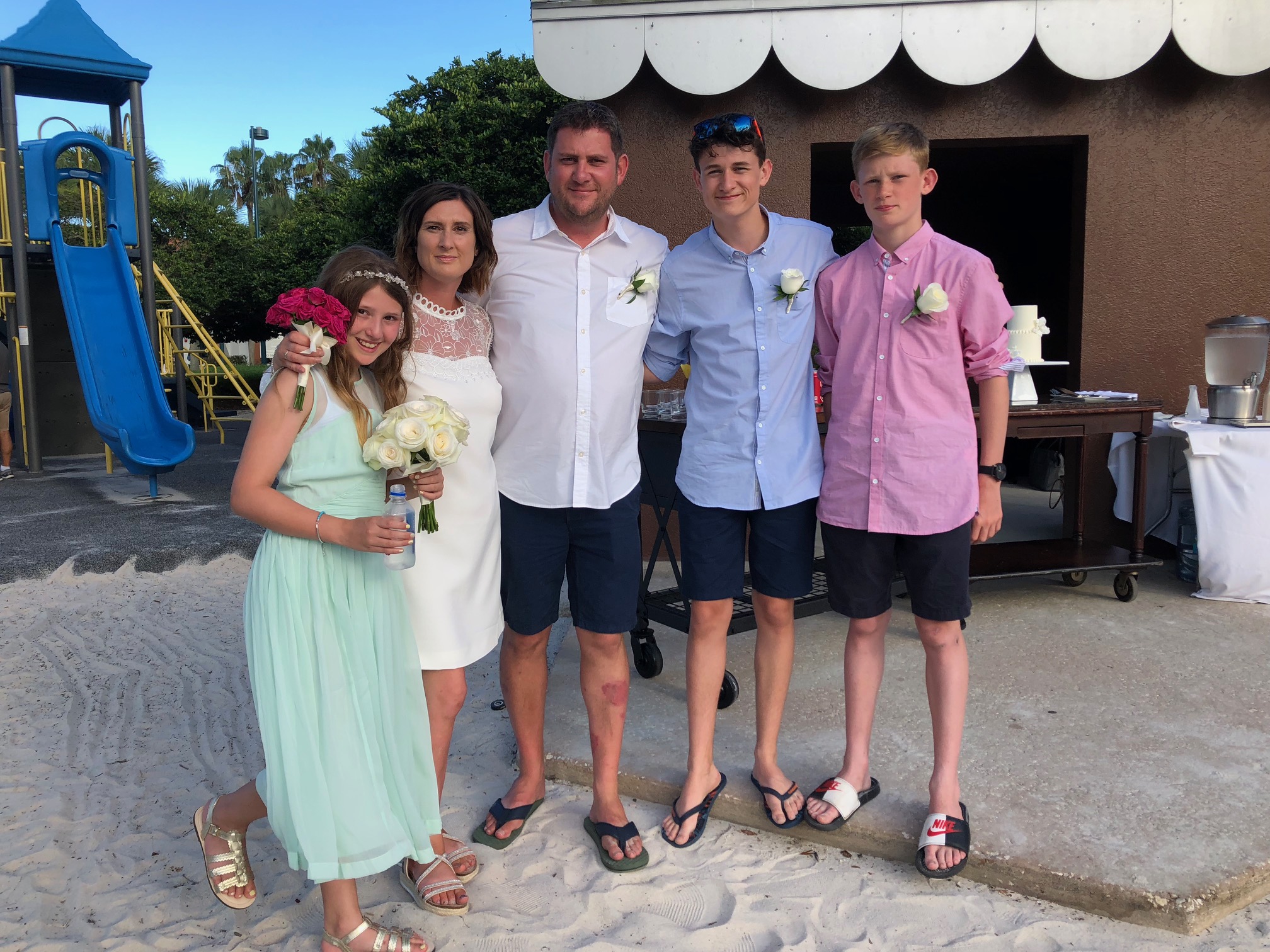 Helen and Robert decided to travel to Orlando, Florida to Walt Disney World for a vow renewal of their marriage vows on the beautiful beach at the Swan and Dolphin Resort.  Heather with Just Marry was the event coordinator and did a fantastic job.  With music the couple picked out from their favorite Disney movies the wife walked down the aisle; preceded by the couple’s three children. Both their older son and daughter read things that they had prepared for the couple as they celebrated their 17 wedding anniversary. 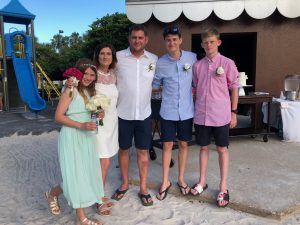 Raining Roses crafted the beautiful rose bouquets and boutonnieres for the couple, their daughter and two sons.
Rev.Glynn Ferguson with Sensational Ceremonies created a custom vow renewal ceremony, filled with words the couple had written for each other and touching words their children prepared and read to them.