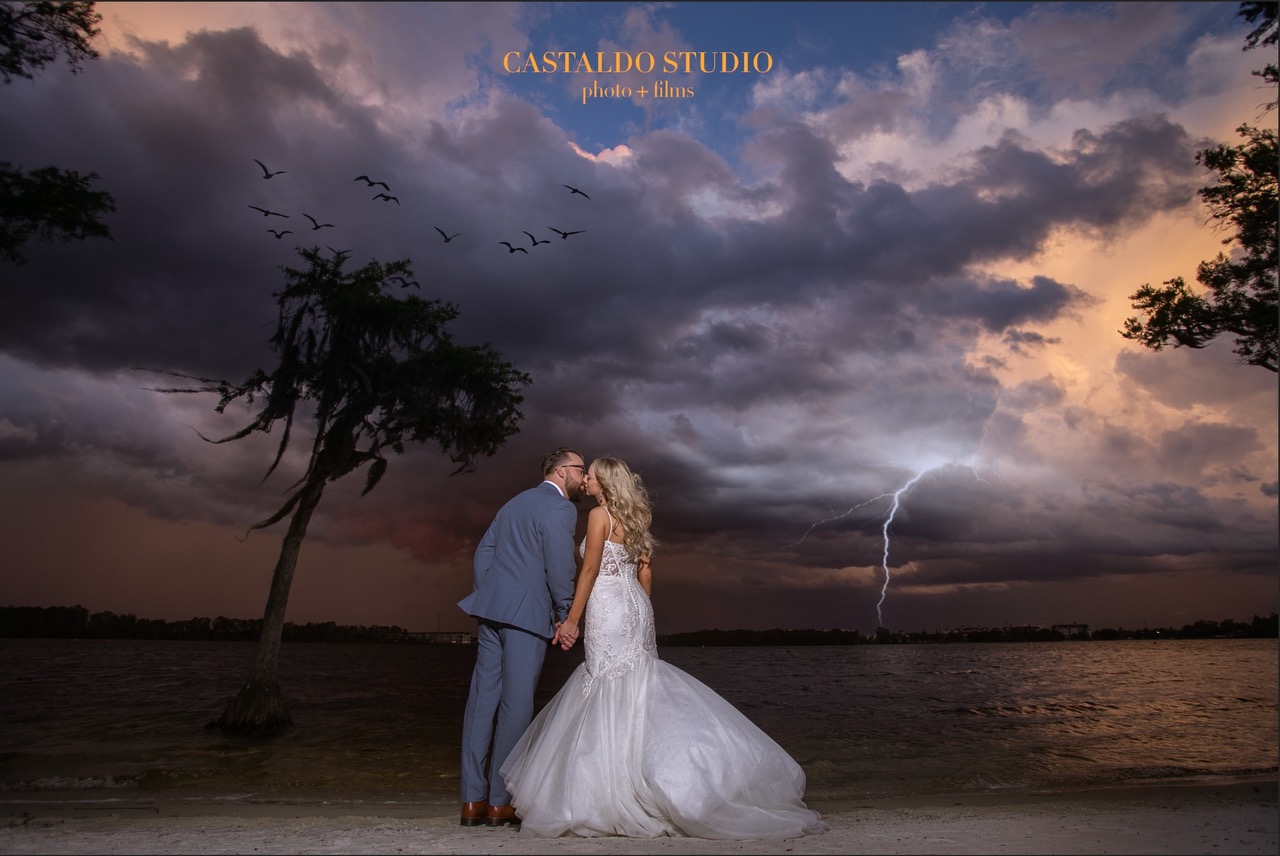 The Venue
When you see the photo with this blog, you will understand the title of Lightening Fast. Here is
the story: James and Amber ran into a snag with their intended officiant Rev Glynn Ferguson .
He had a family matter that pulled him from conducting their wedding ceremony at the
gorgeous Paradise Cove in Orlando, Florida. James and Amber were devastated, at first, since
Rev Glynn is widely known as an excellent, and much sought after wedding officiant in the
Orlando area. Fortunately, he recommended Lon Tosi of the Orlando team of officiants from
Sensational Ceremonies to replace him. Lon called the couple to start the process of preparing
for their ceremony – just a few weeks before big day. Thus started a fantastic relationship
between James and Amber and Lon. It was as if they were meant to be together. It was so
much fun for them to get to know one another.

The Ceremony
It all happened in a lightening fast manner. Rev Glynn had already completed a gorgeous
ceremony draft with the help, of course, of James and Amber. Lon received that draft and saw
the potential to add three readings that were intended to take the already beautiful script to an
even higher level. And it worked. The ceremony was beautiful. It was intense. It had humor and
plenty of laughter, and tears, all rolled into one smart package. Perfect. Amber knew her
ceremony so well, that when Lon skipped a word in James’ marriage vows, she filled in him for
him so that James could get it just right! She had that word solid in her mind. That was a
moment of humor for certain. The bride helping the groom to get those vows done perfectly!
This a marriage that will last forever! What commitment, and most importantly love, this
couple shows for one another!

The Vendors
It was an all-star group of vendors: Jen from At Last Event Planning did an outstanding job of
planning and executing the entire event. It was perfect! Castaldo studio:: Photo + Cinema
captured every moment of this wonderful event both in photographs as well video. We can’t
wait to see the video. The accompanying photo shows the level of their expertise. They
captured that lightening fast moment for posterity! iRock Your Party did the MC honors with
style and class. Lon Tosi of Sensational Ceremonies did the officiating. Paradise Cove of course
provided their amazing venue for this gorgeous event!
And it all happened on a sunny day In Orlando, Florida!