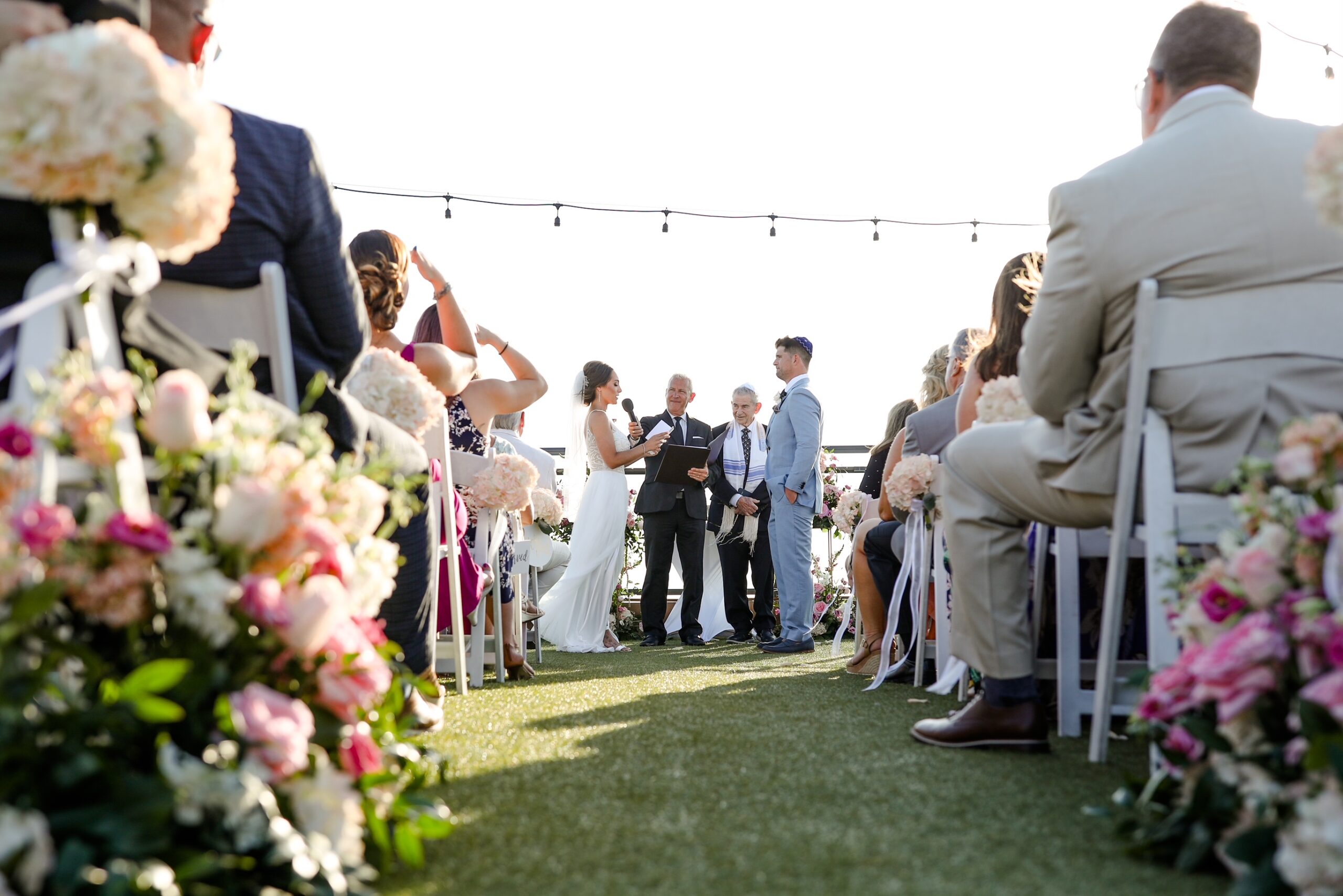 Angela and Scott chose the Mediterranean palace that is the beautiful Hotel Zamora on St. Pete Beach as the venue for their wedding ceremony in late April.

The Hotel Zamora on St. Pete Beach is a white-washed Mediterranean palace that though breathtakingly modern, feels anchored in a bygone era. Inspired by the architecture of its namesake Spanish province, the hotel’s striking Romanesque façade is the framework for expansive luxury suites with balconies overlooking the Intracoastal Waterway and Gulf of Mexico, stylish dining, and the laid-back leisure of Florida’s fashionable Tampa Bay.

Angela looked amazing as was escorted down the aisle by her father to join Scott in front of their wedding arch at the Mediterranean palace .  Out of two different and distinct traditions, Jewish and Christian, the couple chose to appreciate their religious differences, which was reflected in their custom designed interfaith ceremony and included: The Cup of Life Ceremony, the Three-Fold Benediction (in both Hebrew and English) and the Breaking of the Glass.  Then, in front of their family and friends, and with an amazing view of the Gulf of Mexico from the rooftop, the couple shared their vows, exchanged rings and were pronounced husband and wife by both Rabbi Arthur Baseman and Rev Rick Lackore with Sensational Ceremonies.

Ceremony music and sound was provided by Eric with Grant Hemond and Associates, Florals and décor by Iza’s Flowers, Videography by Contessa Films, Venue coordination by Bob and the rest of the staff at Hotel Zamora; and flawless Event coordination by Jillian with Perfecting the Plan.  Special thanks to Gabrielle with Lifelong Photography Studio for providing this beautiful picture during their ceremony.

Congratulations to the new Mr. and Mrs. Scott Mendelsohn!