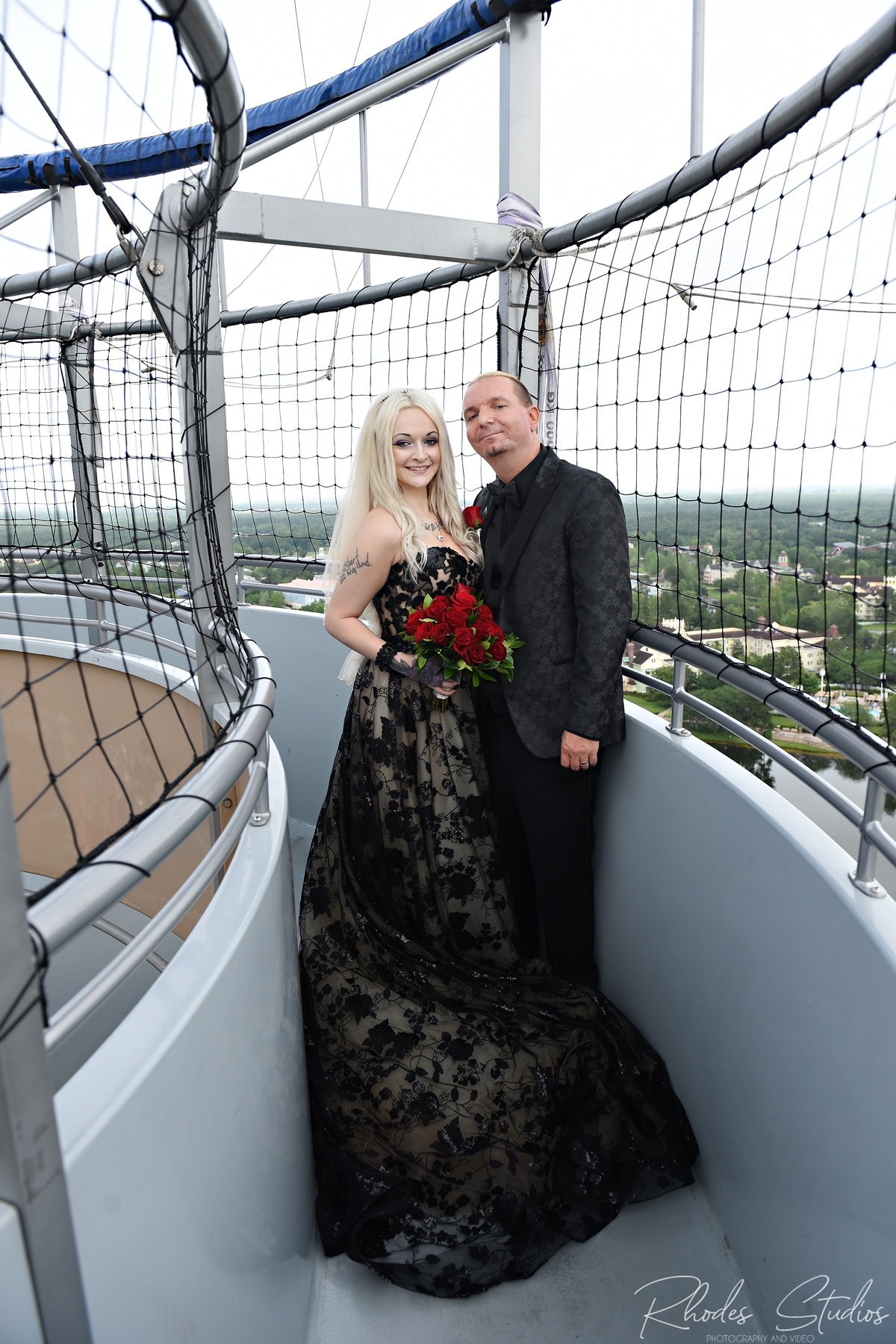 This is the story of a Tag Team couple that dreamed of a monumental high flying elopement. The one and only WWE wrestler James  and Sondra met at a wrestling circuit in 2011, and two years ago James proposed at Walt Disney World. Since then they have been searching for a sky high location to declare their championship commitment to one another. They reached out, and tagged in Intimate Weddings of Orlando to make this dream a reality.

Victoria with Intimate Weddings of Orlando walked James and Sondra through the Aerophile package at Disney Springs and helped them get a great team of vendors to make their sky high elopement a reality.

Pastor Harry Rubi, an Orlando minister and officiant with Sensational Ceremonies, crafted a personal ceremony that included highlights of James and Sondra’s love story, and a Rose ceremony. The high flying couple added a unique twist to the ring exchange with a coffin box.

Edmund Rhodes with Rhodes Studios captured every moment of James and Sondra’s wedding day celebration.  From presenting them with their bouquet and boutonniere, through the ceremony in the air, and more formal pictures on the ground.  He captured it all!!!

Speaking of flowers, Flowers by Lesley did an Amazing job of crafting the beautiful bouquet and boutonniere for James and Sondra.

It really was a fantastic day for a balloon wedding!  Congratulations James and Sondra!!!