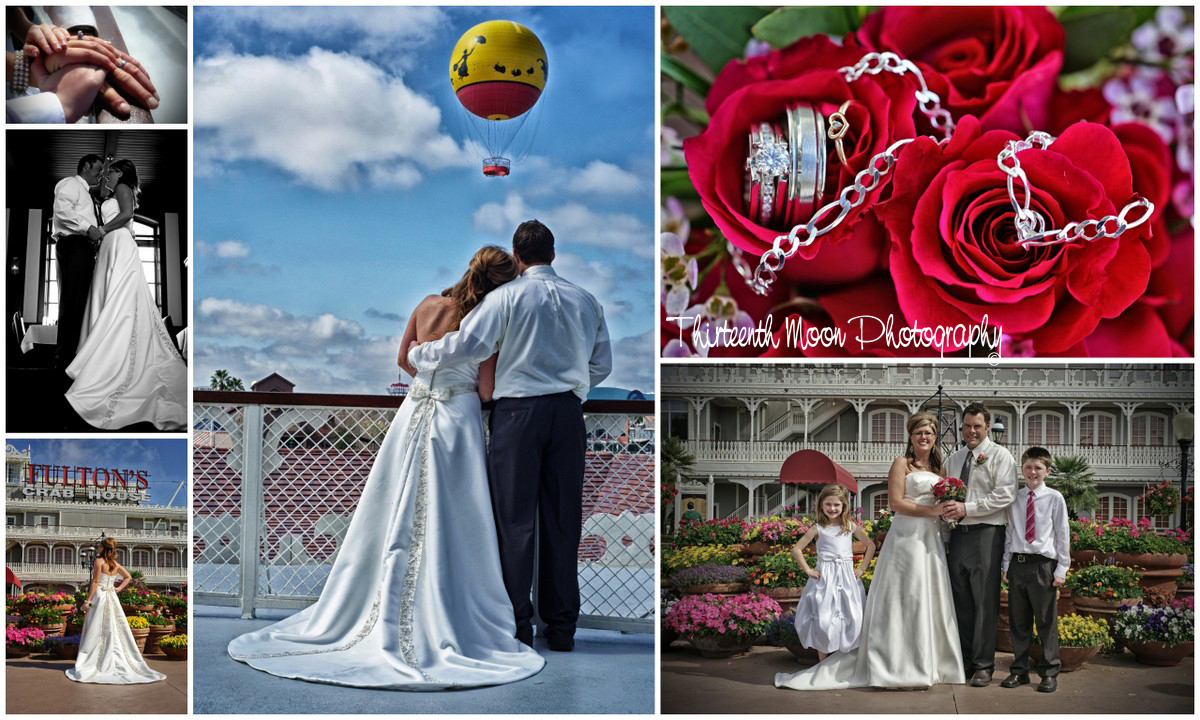 The following morning they left their hotel and headed to Downtown Disney to Fulton’s Crab House Riverboat for an intimate wedding; just the four of them.
Rev.Glynn Ferguson of Sensational Ceremonies pulled together a fantastic team of vendors to make their dreams come true.
Fuchsia roses were crafted into a beautiful bouquet and boutonniere by Atmosphere’s Floral. Gorgeous images of the couple, their ceremony, and the family were captured by the very talented Thirteenth Moon Photography. The couple picked a Sensational Intimate from Sensational Ceremonies.
And they lived Happily Ever After…